History of The Australia Fitness Expo with Shaun Krenz 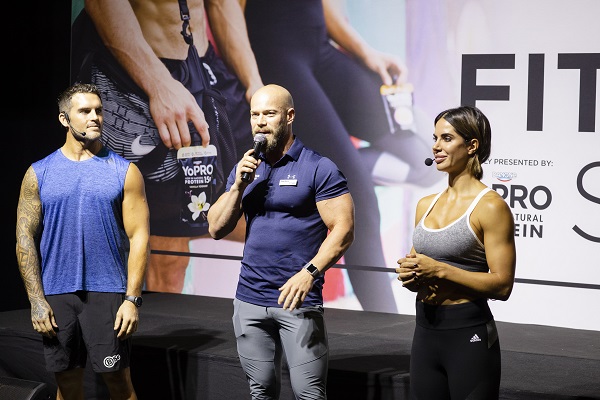 Originally FILEX consisted of both

In 1998, the exhibition took on Gatorade as its major sponsor and was renamed to the Gatorade Fitness Expo. 2

In 2001, the exhibition had a rebrand and the name was changed to the “The Australian Fitness Expo”. 3

In 2004, the ‘expo’ component was sold to the Australian Exhibition Services (now Diversified Communications Australia). The Australian Fitness Network continued to host the FILEX Convention and hold it alongside the expo. 4

In 2009, qualified personal trainer, Shaun Krenz joined Diversified Communications and played a major role in its future – opening up to the ‘expo’ component to the general community.

In 2010, the expo was rebranded again and the name was changed to the “Australian Fitness and Health Expo”. 5

During these years, the exhibition expanded from a one-off annual event to a three event per year portfolio, with annual events established in Sydney, Perth (launched 2013) and Melbourne (launched 2014). 6

In 2015, there was another rebrand and the name was changed to ‘Fitness and Health Expo’ (the word ‘Australian’ was dropped) and also expanded from three events per year to four with Brisbane being acquired in 2015. 6

In 2016 Talk 2 Media & Events acquire the event from Diversified. 7

In January 2017, there was another rebrand with the expo being renamed to “The Fitness Show” and Perth being removed from the circuit. 8

In July, 2020 Director of the Australian Fitness Show, Shaun Krenz announced that he was stepping down from his role as Director. Later that month Reed also announced they would no longer being continuing the fitness show. 10

In 2021, a new tradeshow for the Fitness Industry was announced “Fitness + Wellness Australia” (FWA). The inaugural event will be held in late November at the International Convention Centre Sydney, Darling Harbour. In April of 2021 Fitness Australia announced they would partner with the event. 11

Thank you for checking out  Fitness Education Online Blog!

Fitness Education Online are one of the leading providers in the world when it comes to the professional development of Personal Trainers. We have over 30 registered CEC courses Click here to check them out.

Online Course Creator I 2020 Fitness Australia Educator of the Year

Jono is the co-founder and director at Fitness Education Online.

Fitness Education Online is one of the leading providers in the world when it comes to delivering online education to Fitness Professionals, providing over 30 registered CEC courses.